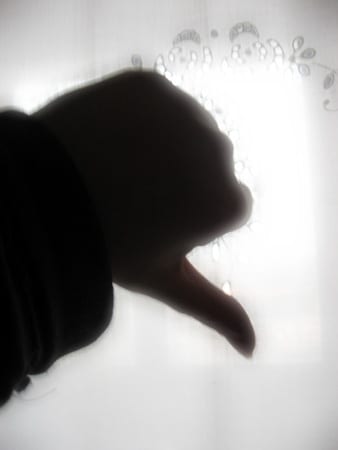 “Nobody tells me. Nobody keeps me informed. I make it 17 days come Friday since anybody spoke to me.”

Eeyore
The House at Pooh Corner

There’s a good reason no one wants to talk to Eeyore. I am creating a list of CEO failure modes for a book I am writing about how to be a successful CEO, and this is the second one in my series for the blog (I don’t know yet how many there will be, as the ways CEOs fail seem innumerable at this point!). Following up on the CEO cheerleader failure mode, this one is about a less common but no less detrimental one: The Eeyore as CEO. You may remember Eeyore as the old gray donkey in Winnie-the-Pooh who is always making negative, sulky comments.

You don’t often get to be a CEO without being an optimist at heart, but the pressures of the job can cause some to adopt a consistently negative attitude. For these CEOs, everything an employee does could have been done better. If the CEO constantly runs around and says the sky is falling (Chicken Little and Eeyore should get together), employees will soon reflect this pessimistic outlook.

Because of this constant negative feedback from the CEO, employees learn to avoid him or her whenever possible. This creates a culture of constant fear where good events are not communicated up the chain, and the bad events are buried like they never happened. This kind of culture can easily lead to real problems as the various groups within the company operate in fear and secrecy.

When you see a major scandal break out in the lower levels of an organization and the CEO had no idea what was going on, it can often be traced to a culture of fear that developed because of the Eeyore CEO. While it is often true that the CEO knew nothing about the specifics of what was happening, his or her negative behavior led directly to the problems in the organization.

So how do you maintain your credibility with employees while preserving good morale and effective communication within the organization? In the area of employee morale, I like to think of the CEO role as that of a shock absorber for the inevitable highs and lows that a business will face. When things are going well and the team is winning, that is the time to challenge the team to continue to improve and not get complacent in their victories.

One of the most public examples of this approach happened during the 1987 NBA championship victory celebration: Pat Riley, the coach of the Los Angeles Lakers, “guaranteed” a repeat championship in 1988. This feat had not been accomplished by any team in the previous 18 seasons. Riley understood that his team was on top of the world and needed a challenge to avoid becoming complacent like previous championship teams. “Guaranteeing a championship was the best thing Pat ever did,” said Lakers guard Byron Scott. “It set the stage in our minds. Work harder, be better. That’s the only way we could repeat.”

Conversely, when things are going badly, it is the CEO’s job to provide the positive optimistic energy that the team needs. I have found that the most talented employees will be harder on themselves than they should and a little positive feedback goes a long way. While being realistic about the situation the company faces, the CEO should look for every opportunity to pat someone on the back and give some positive energy to the team. Richard Branson, founder of the Virgin Group, calls it “finding people doing something right every day.” Supporting your employees when things are not going well can build tremendous loyalty and drive exceptional performance.

Do you have examples of other CEO failure modes? Stay tuned for more from me on this topic. In the meantime, here is a recent Forbes article that provides some advice for CEOs on preventing failure, including the importance of fostering a positive company culture: 9 Crippling Mistakes CEOs Make