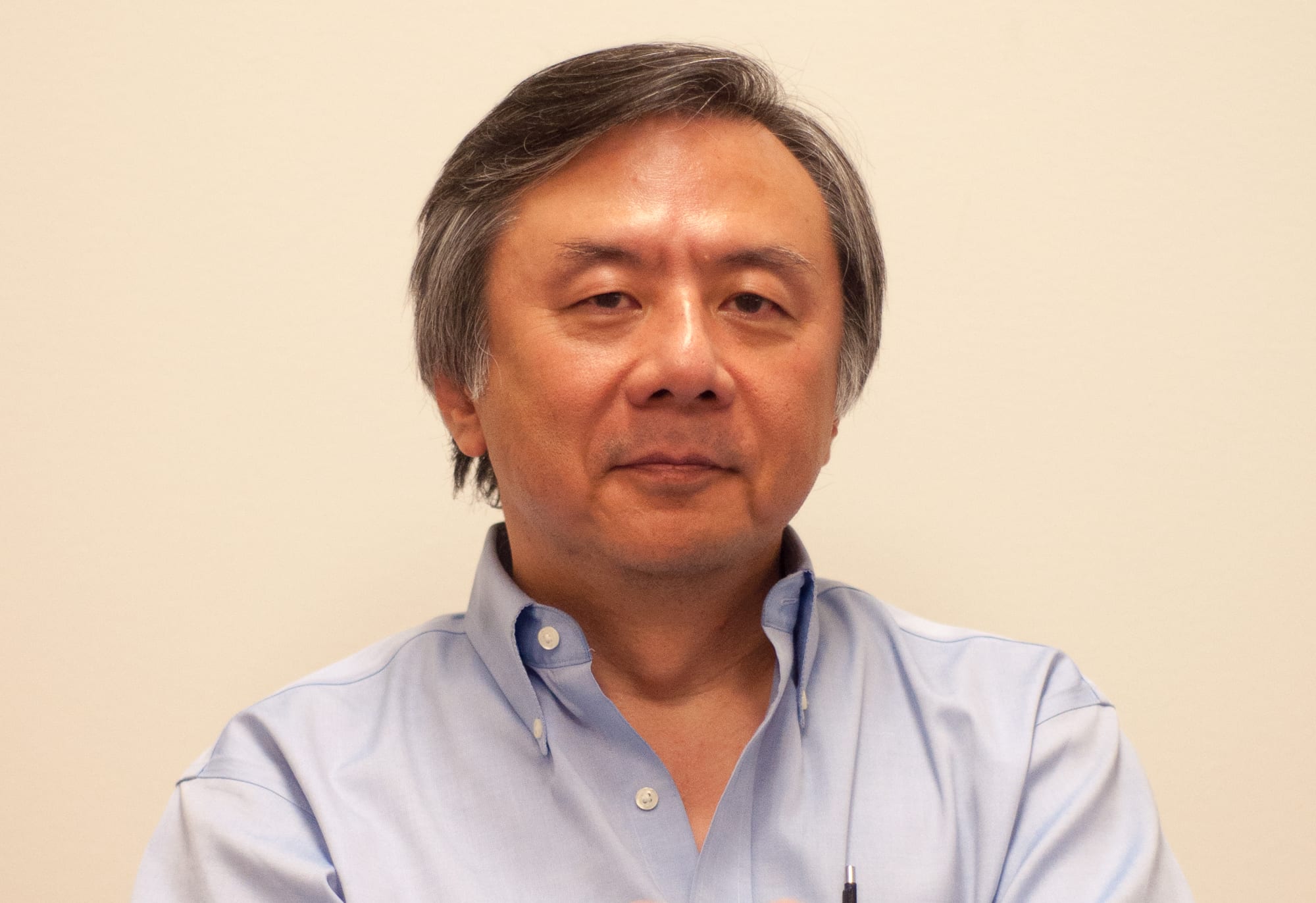 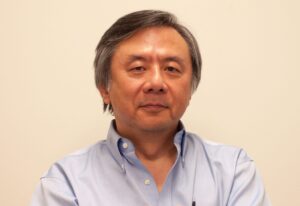 Kon Leong is the founder and CEO of ZL Technologies, the leader in unified information governance and analytics for the large enterprise. During our interview, he pulled no punches about the role of the CEO and how you should prepare for it.

When you finished your schooling what did you think you were going to be?

Kon: I mistook my education as the thing that should provide vocational direction. In undergrad I studied sales and IT. Also while in college I started several of my own businesses. Instead of doing what gave me the biggest satisfaction in my career choices, which was starting businesses, I did the lemming thing and followed the group. I went to Wharton, got my MBA in finance, and then went to the hot space, which was investment banking. I then gravitated towards the hottest of the hot, which was M&A and especially hostile takeovers. I spent about 10 years on Wall Street to my eternal regret. I could have invested those 10 years in Silicon Valley and high tech.

What caused you to make the change? When did you decide the banking world wasn’t for you?

Kon: I returned to my state of insanity and said I want to do what I love as opposed to what makes me the most money. Which of course rather perplexed my wife: It involved almost a 90 percent whack in compensation. As I mentioned, I should have gone straight to high tech. That was my original love.

Did you found a tech company first? How did you get in?

Kon: This is my third company. I’ve done a bit of a serial thing. I started a bank when I was a full-time student in college. For me forming a company is like falling off a log. Back in college my first one was a variety store/tobacconist. The third was a delicatessen open 24 hours. Forming companies isn’t a big deal; It’s more about how you pick your battles.

Did you take anything out of investment banking role that helped you?

Kon: Yes, focus on the cash, cash, cash and not so much on the GAAP results. That one is very, very important. That of course requires a very strong understanding of accounting. For all those who want to get a Masters/MBA, I suggest focusing on accounting and finance. It’s a building block: That’s how you read the blood-flow of a biz. If you don’t have that stethoscope, then you are in over your head.

Anything else you’d suggest for training for a CEO?

Kon: Yes! Ask yourself: “Do I really want to be a CEO?” If you think that’s really sexy, try to be parent to a teenager. That will give you a taste of being a manager. Parenting a teenager is similar to being a CEO because it provides you with perspective into dealing with irrational situations and gives you a glimpse of the patience required to succeed.

I see you’ve also been a serial entrepreneur {to Joel}. You and I know everyone is taken up with the sexiness of being a manager. But very few understand the responsibilities that go with it. The babysitting. The handholding. The nurturing. They just look at it like, “Hey, I can be a drill sergeant and bark orders!”

Yes, they have a fundamental misunderstanding of what the role of the leader is and can be in an organization.

Kon: Yes, and that takes a bit of time to sink in. A lot of people who have been teenage parents get it. The younger folks don’t, so I still have to teach them. 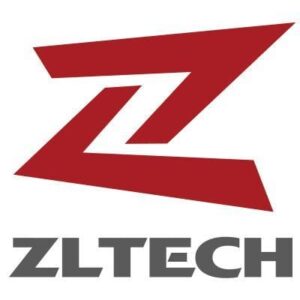 How do you drive that cultural aspect through your organization?

Kon: I have a simple metric in terms of measuring managers: If you think you can be a good manager, then deliver me this. No surprises. That task is more challenging than many realize.

Let’s say you have a few minutes to tell a new employee what you do as CEO. What do you say?

Kon: I try to bring the best out of the folks involved. In that process I try to map two circles. One circle being: “What are you really good at naturally?” The second is: “What do you love doing?” Hopefully there is an intersection. My job is to bring out that intersection.

How do you get feedback as to what’s going on in your organization? Do you have primary sources or methods for that?

Kon: Usually one-on-ones but that is logistically gated by the number of hours in the day. I tend not to have more than six or seven sources of touch points or data. Hopefully, from there it cascades downward so there is a tributary of data going up and down.

How many employees do you have and are most centrally located?

Kon: We have 110. Most are in California except for ones who need to be remote (such as international sales). We started a branch office in Hyderabad, India for support and QA. Core R&D is still in our headquarters. I haven’t seen it work well for R&D to be dissipated.

Do you do anything to make sure your various teams are working collaboratively with no silos?

Kon: The silo part is always inevitable. How you de-silo is a constant effort. As an organization gets larger, the tendency to form siloes is even greater. It’s a constant battle. If you are not constantly battling silos, something is wrong and they are forming without your knowledge.

Do you spend a lot of time talking about your mission and vision?

Kon: Yes, although sometimes it’s hard to see the true impact. It’s a bit of a non sequitur. I struggled with that for some time until I had a bit of support from something I read in the public domain about two months ago. Someone asked Peter Thiel, who obviously is known for investing in big plays, this question: “How do you know when you invest that this is a game changer?” What he said resonated with me: “That’s when the company finds it very hard to articulate what they are doing.” Which is counterintuitive, but it absolutely resonated. When it’s a true game changer, it’s like explaining cell phone service to a cave man.

Are there any trends you are seeing in your industry that you think CEOs would be interested in or relevant to them?

Kon: Yes. In terms of our vision, we talk about it but no one’s gotten their arms or head around it. The biggest asset of any organization is data and information. While many understand the value of data today, action remains to be seen. Being able to truly manage data for risk and mine analytics is what I consider the second coming of IT. The last six decades were spent in mastering systems data/structured data (dollars, zip codes). The next generation will master unstructured info/messy textual data/Word/PowerPoint. That’s the stuff that humans produce. If you can control that end you’ve basically gotten the key to the human dynamics in your organization.

When we articulate specific, detailed use cases and stakeholders recognize the potential impact of our technology, they almost always respond by perking up and saying, “You can do that?”

Major corporations are already paying the price for litigators, regulators, and more. We argue, that if they’re already spending the money, then why don’t they leverage an overlay of analytics? When that happens, the stuff corporations can answer is mind-boggling. We’re essentially able to provide a rewind button like in the sports field and in a crisis you just press the button and all the information gets collated, analyzed and delivered to your desk in a few hours. This technology becomes essential in the event of a crisis.

Take a CEO for example. He could be interested in what’s happening with the human dynamics. Let’s say he did a big acquisition and spent billions. Quite often it fails and the CEO is in the hot seat. Most of the time the finger points to post-merger integration. You could map all the human dynamics and map the hot spots. Figure out all the communications happenings with some spots lighting up and some dark spots. Failure is happening in the dark spots. You can fix it before it becomes an issue. What’s it worth to the CEO?

The impact of this technology goes all the way down to the lower level managers. In an interesting case one organization’s managers wanted to identify “TSTPs” (Same Ten People). The idea is that the same 10 people are doing all the work in any given department. It seems to boil down to that in many organizations. It’s not very difficult to identify them. Each organization is so different, but it’s very simple: Track communications patterns. People who are doers will have a certain pattern. They are the go-to people. If you analyze their communications, these people light up like Christmas trees. Some of them may not even have the proper titles. In that case, you better be rejiggering your organization.

Are there any roles or training you recommend for a prospective CEO?

Kon: I very, very highly recommend, in fact exhort, all budding entrepreneurs to take on mentors who have been serial entrepreneurs. It is so much easier to have the pothole explained than having to go over them.