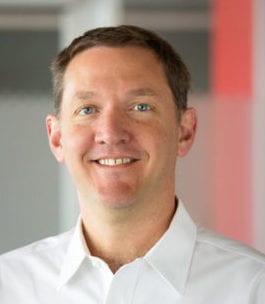 It was quite an honor to speak with Jim Whitehurst recently about his role as president and CEO of Red Hat, the world’s leading provider of open source enterprise IT products and services. He is an avid advocate for open software as a catalyst for business innovation and, since joining Red Hat in January 2008, he has more than quadrupled the company’s revenue. In this part one of our two-part interview, I asked him about his journey to the CEO chair and when he first felt like he was getting the hang of the job.

When you got through with college, what did you think you wanted to be?

Jim: I thought I was going to do something in technology, but it never crossed my mind that I’d be a CEO or go down that path. I just did what I like to do and it worked out this way.

How did you get started at Delta?

Jim: I got waylaid in consulting and ultimately became a partner at The Boston Consulting Group (BCG). My largest client was Delta Air Lines, and at noon on 9/11, the CEO called me and said I need you to be our treasurer.

When I joined I thought I would be doing more finance-related stuff. But, over time, I was given more and more responsibility. Ultimately I became chief operating officer (COO), with the vast majority of Delta employees reporting to me, including sales, marketing, and operations.

When was the first time you thought, hey maybe I should think about a CEO job?

Jim: It started at Delta. I was very much a staff-ish person, running the network covering strategy and planning. The CEO called me in one day and said, “I talked to the board and we want you to become the COO. I’d like you to drive a turnaround plan and run it day to day.”

So I went from having a team of 150 people to having 80,000 people reporting to me. That’s when I first recognized that maybe a bigger role made sense for me. Perhaps, I could actually be a principal and lead.

The River Group published a study of first-time CEOs earlier this year where they asked, on a scale of 1 to 10, how qualified CEOs thought they were for the job on day one. The average answer was 7.2. Six months later, the CEOs said 3.5. How would you answer that question going in to your job as CEO of Red Hat?

When I took the job at Delta as COO, I probably would have started pretty low and gotten lower. When I got to Red Hat, it was less than 2,000 people vs. Delta at 80,000. I came in with sense of “okay, I know how to run an organization.” However, six months later, I realized I was more like a two when I started! 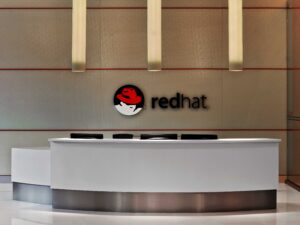 Many people think, “Well I ran this company with X billion in revenue and X number of employees, so running a smaller shop must be easier.” How would you explain to a new CEO that it’s not always the case?

Jim: It’s not true in a couple of regards. Once you’re number one and in the chair, it’s just different. One of the things I’ve found is there is a different skill set required for companies at a different stage. Quick story: During my first month at Red Hat, we were preparing for a board meeting at the end of the month. I looked around at my team and asked, “Who writes the board decks?” Everyone looked at each other and finally someone said, “That would be you.” At the time we had about 1,500 people. I came from Delta where I had a whole strategic planning department who wrote the decks.

There’s a big difference between running a 1,500-person company (Red Hat is now getting closer to 10,000, and it’s still very different) vs. 80,000 at Delta. A lot of people think, “Well if I can run big, I can run small.” The irony is people who run small don’t necessarily think they can run big. There’s a difference between being a player, being a player-coach and being a coach. Most people understand that. The same is true in business.

Being a leader AND a doer is important in a small company. As you grow though, the ability to stop doing vs. orchestrating is important. Working through that transition has been fascinating for me. There are some people, such as Michael Dell, who have been able to do it from startup all the way through.

Do you remember the first time at Red Hat where you did something that made you feel like you were getting the hang of the CEO job?

My first year we created a strategy document in a bottom-up process, involving a lot of people. We developed a framework that looks very much like a house, although we never thought about it being a house when we were designing it. This felt like a relatively normal thing to do, something I’d done a hundred times at BCG.

Within months, people were calling it “the house.” You could feel disparate people being dramatically more aligned. It became something we could rally around. It wasn’t just a strategy but more an articulation of strategy. Our engagement scores improved.

That’s when I felt like I finally added some real value and understood what role I could play in making the organization more successful.