In this second part of our conversation, Shawn Jenkins of Benefitfocus discusses how he overcame some hard times in leading a growing business, what surprised him most about becoming a public company CEO, and some advice for CEOs regarding benefits. 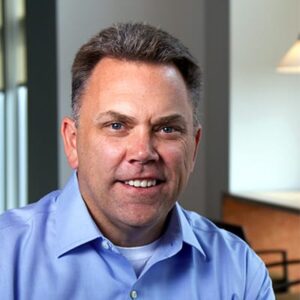 You started Benefitfocus in 2000. I also started a company in 2000, so I know that was a rocky road. You were 18 months in when September 11 hit. How did that transpire for Benefitfocus?

Shawn: It was a difficult time. We started a dot-com in June of 2000, which was three months after the NASDAQ crashed – post the dot-com bubble burst. And there was no venture capital. Also, we started in Charleston, which at the time wasn’t known as a tech center, although now it is very special and has a lot of innovation around technology going on. Then came 9/11 and the recession that followed. It was a difficult environment, but it made our company much better. We raised very little capital but became profitable quickly. We had to create products that people actually bought and paid for. It instilled in us a sense of thrift and discipline and that we’re going to do it against all odds. This is still a big part of our DNA. It’s a very healthy approach as we reach new milestones and create new opportunities for our customers and ourselves.

Were there any near death experiences along the way that you had to manage through?

Shawn: The first few years on the job were extremely stressful, especially managing cash flow. But we’ve never missed payroll for 16 years now. Although there were some days leading up to payroll that were pretty tight. Around Christmas we were getting ready to make our first payroll in 2001 but we didn’t have the money leading up to the end of the year. We were able to make a few sales and had a small investment come in from a friend and family round that covered almost to the penny that first payroll. It taught me that perseverance and having these friendships and relationships is critical. Business takes a good deal of faith. If you keep moving forward, those things tend to work out and make you better and stronger in the long haul.

You made a transition that not many people get to go through, from founder to private company CEO to public company CEO. What have you found that surprised you?

Shawn: I’ve really enjoyed it. Becoming a public company has a layer of cost and complexity. But as a software business we’re building a large platform to manage all benefits in the U.S. and eventually globally. We felt that becoming a public company was good for our associates, especially for compensation and the ability to pay people in stock. It also gives us the ability for larger and larger customers to see the company emerge. The plan worked well. We went public in 2013 and had an extremely successfully IPO. I’ve enjoyed the additional people I’ve gotten to meet and the ability to scale to deploy capital and build our business.

The surprising thing for me is that our original values and culture is every bit as alive today as when we were smaller, even though we are different and bigger, with more than 1,450 employees. My ability to talk about culture and invest in values and fan that flame of creativity is better as we’ve grown, because we’re attracting more people. It’s legitimized the ideas we’ve had. People said it would be the opposite: That going public would harm the culture. It’s like raising a teenager: You would not want to stop them from growing. You want to let the company be all it can be. It’s been fun.

Your area of benefits is of interest to our audience. Do you have any advice for CEOs in other industries about how to think about benefits over the next few years?

Shawn: It’s an extremely exciting opportunity in front of us as a corporation. It might be the first time in human history where we as a society have created a social contract between an employer and an employee. When something bad happens and you cannot work, your employer will have prepaid or funded benefits. That’s your safety net. That safety net has come under question or speculation. About 30% of compensation is spent on benefits. U.S. employers spend $1.6 trillion on benefits. This is a huge investment, and it’s been frustrating for all. I would say to the American CEO: Spend time learning about great innovations happening inside benefits. Look at what can be done with data, analytics, and technology through a company like Benefitfocus. For example, you can get great benefits into an employee’s pocket via mobile technology. Unlock your bragging powers: You are providing all these great programs and a whole host of new ones coming that are flexible and personalized. Getting the right benefits to employees and their families is a huge opportunity for CEOs. Spending more time understanding it and leveraging the benefit of benefits will be terrific for attracting and retaining the right type of people to be successful.

Shawn: I’d encourage other CEOs to think about how their company can be used as a platform for good. One example: In Charleston, our local state medical university is building a new children’s hospital to replace one built in the 80s. My family and company were able to get substantially involved in that. We are also involved in programs in the community for youth, healthcare, and the environment. CEOs have a really wonderful opportunity in the next decade to use their platforms (both personal and corporate) to unlock this social good. Historically that might have been called philanthropy or corporate giving, but now it’s more about time and attention and talking about how we use our business and our careers to help people. That has a tremendous positive economic impact for the company. You can do it for the right reason and also to make your company more attractive to people, which will be economically good for everyone.