How to hire candidates with creative initiative

Philip Delves Broughton is the bestselling author of Ahead of the Curve about going to Harvard Business School, which is a very good book.  I hired him to write a history of NetQoS. He was sitting in my office one day, when somebody knocked on the door and said, “Okay, Joel, it’s time for you to conduct that job interview.” (I just wrote about how I used to interview every candidate in a post about how CEO Elon Musk hires.)

Broughton started to get up and leave and I said, “No, stay. I’d like you to hear the interview. Just let me make sure it’s okay with the candidate.”

The candidate agreed. I mean, what was she going to say, “No, he can’t stay”?  She was interviewing with the CEO, right?

“I worked as the receptionist in a massage place,” she said.

“Well I really got kind of bored at the job,” she replied, which is what an interviewee says to try to impress you with how diligent they want to be. They want a challenging job, not one that is slow paced and boring. She continued: “Once the person came in for the massage and the massage started, there really wasn’t much of anything to do. I didn’t like not having anything to do, so I had to find another job.”

We talked for a while longer and then she got up and left. I turned to Phil and said, “Okay, Phil, what’d you hear?”

“Well, I heard – sounded like she was eager to work because she was bored at this massage place and she didn’t have enough to do.”

If this is true in an admin position, it’s a hundred times more true in the other positions in your company.  You don’t have time to tell everybody in your organizations what to go do every day. Talent has creative initiative.

Another way to figure out if someone had creative initiative, is to ask questions along the lines of, “Okay, let’s say you’re hired; tomorrow what are you going to go do here?”

If somebody is really good at their job they could give you a plan. I remember interviewing a PR person and saying, “Okay, I don’t know anything about PR but if you were me what question would you ask to find out whether somebody was good at PR?” 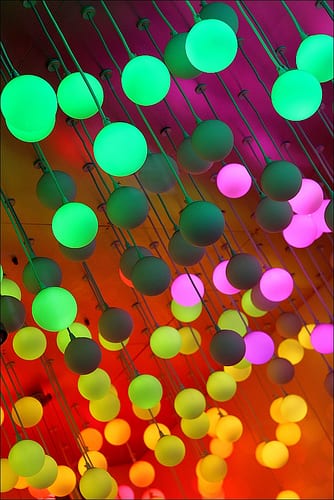 The candidate then spent the next five minutes giving me a very detailed, almost hour-by-hour description of the 100 things they were going to go do the next day.

Really talented people, they have this creative initiative.  They’ve thought a lot about being whatever it is they want to be. They know a lot about it. They will do what needs doing without any specific direction.

I’ll be writing a lot more about how to judge talent in the future.