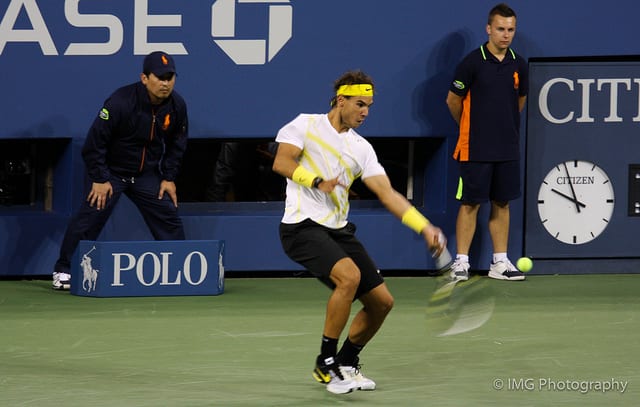 Just Do It: What Great Athletes & CEOs Have in Common

I watched an incredible U.S. Open tennis match this past weekend, which I think provided a demonstrable lesson for CEOs. Even if you aren’t a tennis fan, you can appreciate the uniqueness of the match. Rafael Nadal, the heavy favorite, was ahead two sets to none and a service break in the third set of the match. Nadal’s record after winning the first two sets in a Grand Slam tournament was 151-0! Never had anyone come back against him from two sets down.

That was true until Saturday when an incredibly talented but inconsistent Italian named Fabio Fognini turned in a performance for the ages. As Nadal admitted after the match, he played fine. Nadal didn’t lose the match as much as Fognini won it with an amazing array of shots under intense pressure. He didn’t allow the situation to overwhelm him, going for and making four consecutive winners in the key game. It would have been easier to just try and play it safe by hitting the ball in the court and hoping Nadal missed. Of course the odds of Nadal just missing and giving away the match were small (151-0). 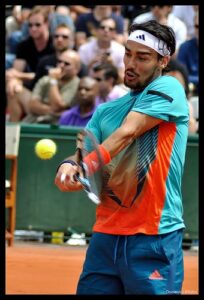 If you haven’t heard of Fognini, it is no surprise. A 28-year-old who is currently ranked 32 in the world, he has been generally considered an under-achiever during his career. Having played over 40 years of competitive tennis, I can tell you that learning how to perform consistently under pressure is the key to competitive tennis. Tennis shots have to be timed with incredible precision, and any slight variation due to nerves can make a good player look really bad.

You are probably wondering what this has to do with being a CEO. Well I’m glad you asked. In my experience CEOs struggle the most not with figuring out what to do but actually being able to do it under the intense responsibility of the CEO position. I often ask CEOs who have taken my class what they think I would do if I were CEO of their company. I used to be surprised by how often they quickly cite three or four things they believe I would do immediately if I took over. Of course then I follow up with: If you know what to do then why the heck haven’t you already done it? The ability to force yourself to do what should be done no matter the emotional pressures is a trait of both great athletes and great CEOs.