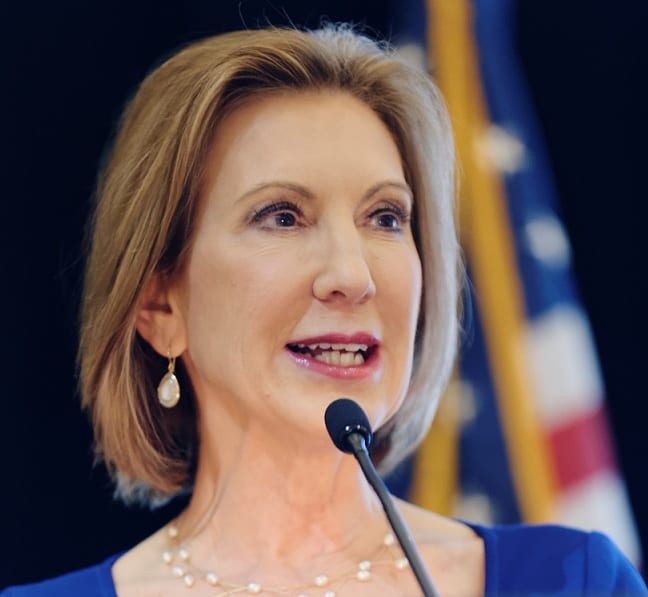 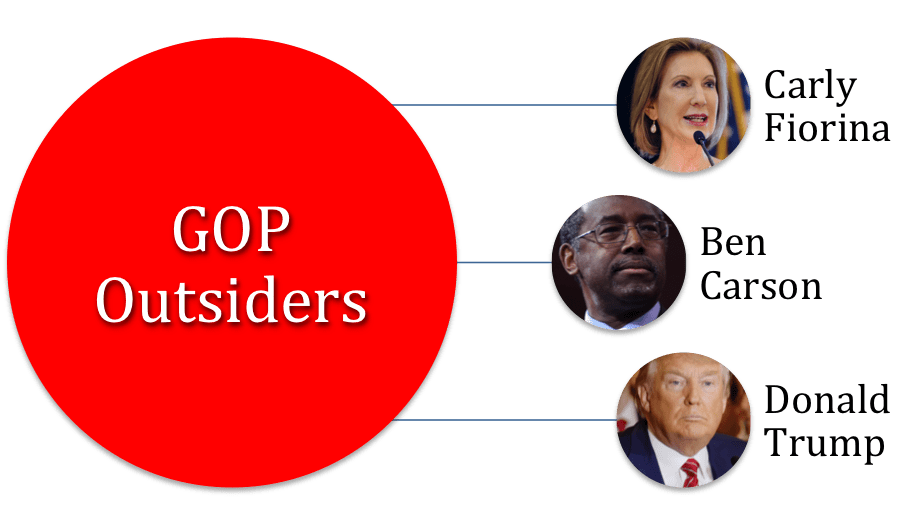 I find the presidential race very interesting for what it can teach business leaders. The election is after all a market, with every candidate trying to sell himself or herself to the American people. Like every market, the presidential race has experienced significant changes over time. For example, the advent of television and the Internet forever changed the ways candidates sell their product to the country.

I think the current Republican primary is highlighting another potential transformation: The phenomenon of several non-politicians – the GOP outsiders – mounting significant runs for president is a classic disruptive change.

Reminiscent of large companies suddenly attacked by startups, the politicians in the Republican field have been “disrupted” by the likes of Donald Trump, Ben Carson, and Carly Fiorina. Similar to what happens in business, the established politicians are reacting by emphasizing their deeply formed policy positions and how the disruptors in the presidential race aren’t “serious.” In these comments, I can hear the echoes of CEOs such as Blackberry’s who claimed the iPhone was a toy compared to their professional products.

What the disrupted companies always miss is that they are no longer competing against the current incumbents. Customers are choosing a new product based on a previously unimportant dimension. Until the iPhone appeared, most customers bought mobile phones based on the ability to make calls and do email. Blackberry dominated with their phone, because it offered the best platform for doing email. Suddenly, with the introduction of the iPhone, email – though still important – was not the deciding factor.

In this presidential race the deciding factor is not a candidate’s legislative resume or even his or her judgment (see Donald Trump et al.). Disruptive products are often not nearly as “good” along many dimensions as existing products. But they often have one feature that people cling to as most critical. Currently, people in the polls are clinging to the idea that the non-politicians are more likely to go do something when in office.

The existing politicians in the presidential race are still trying to compete against the incumbents using the tactics that have always worked against other politicians. They need to forget about how their policies are more deeply considered than the new entrants and release a new “product” that convinces people they can get something done.

The lesson for CEOs is to constantly be on the look out for changes in your market. Are customers starting to make decisions along a different dimension? It’s critical to watch for startups that are getting traction. I am often surprised by how many bigger company CEOs know nothing about the startups in their space. Just because a company is small today doesn’t mean they aren’t going to be a major competitor tomorrow. Remember, every company started as just an idea. Don’t confuse current revenue with future results.