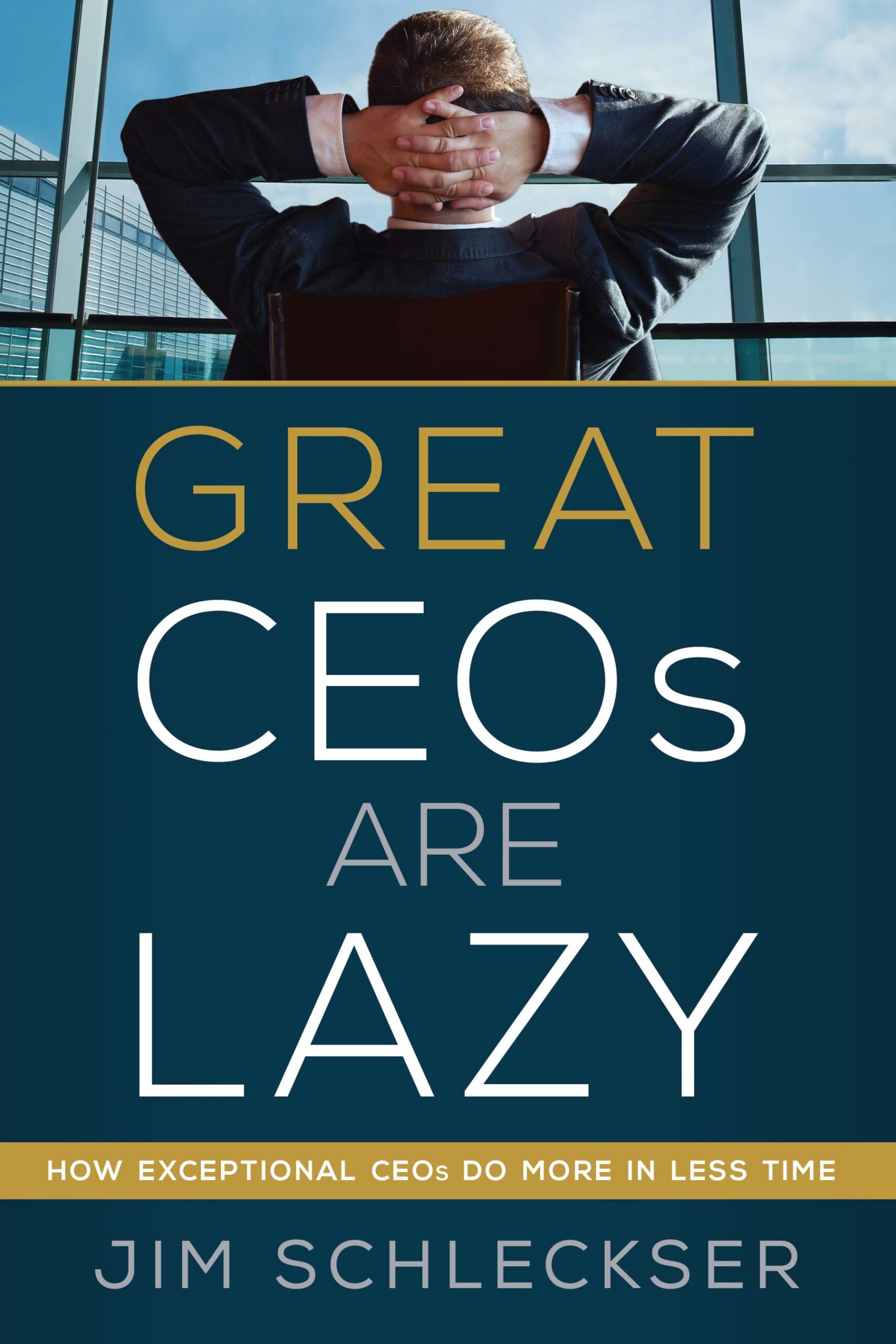 In Praise of the Lazy CEO

A few years ago I wrote an article for Texas CEO Magazine extolling the virtues of “The Lazy CEO.” The concept may seem counterintuitive, but it is an important one: Chief executives must understand their unique responsibilities and focus on them. Those who take a scattershot approach to the role – focusing more on tactics by micromanaging and putting out the fires of the day – are largely ineffective. This is also the premise of Jim Schleckser’s new book debuting today titled “Great CEOs Are Lazy: How Exceptional CEOs Do More in Less Time.” 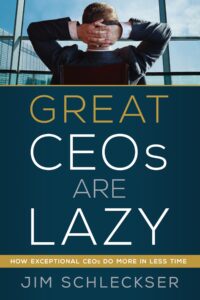 Jim is CEO and managing partner of the Inc. CEO Project, a coaching and peer advisory organization for CEOs. He is also a friend and mentor who has helped me in my businesses. Here’s how he describes his book:

“The truth is that great CEOs know a secret when it comes to time management. Rather than spending a little time on a lot of things, the best CEOs spend most of their time eliminating the single biggest constraint to the growth of their business. Depending on the challenge, they may play one of five different roles – the Learner, Architect, Coach, Engineer or Player – that together form the archetype for great leadership. This insight isn’t just some theory either; it’s derived directly from working with thousands of CEOs running high growth companies.”

These roles or “hats” that every CEO should wear on a daily, weekly, monthly or quarterly basis dovetail nicely with my five overall responsibilities of a CEO: own the vision, build the culture, provide the proper resources, make good decisions, and deliver performance. CEOs need to set their employees up for success and then get out of the way (i.e., “get busy being lazy” as Jim says). Those who stray too far from these duties end up not only neglecting the strategic parts of their job but also undermining their people.

Buy Jim’s book today and read more about him and the lazy CEO at http://www.jimschleckser.com/.

See also my six hats of the CEO series and discover which, according to Jim, are the highest value roles (I added the sixth hat: the priest role, which entails maintaining company morale). Jim’s work on these roles influenced me as I wrote my own book for CEOs.

He also did a great series of short videos about the roles of the CEO: https://www.youtube.com/playlist?list=PLCCwm8haVgcr4Luq5_17BxIjp53srOcSQ